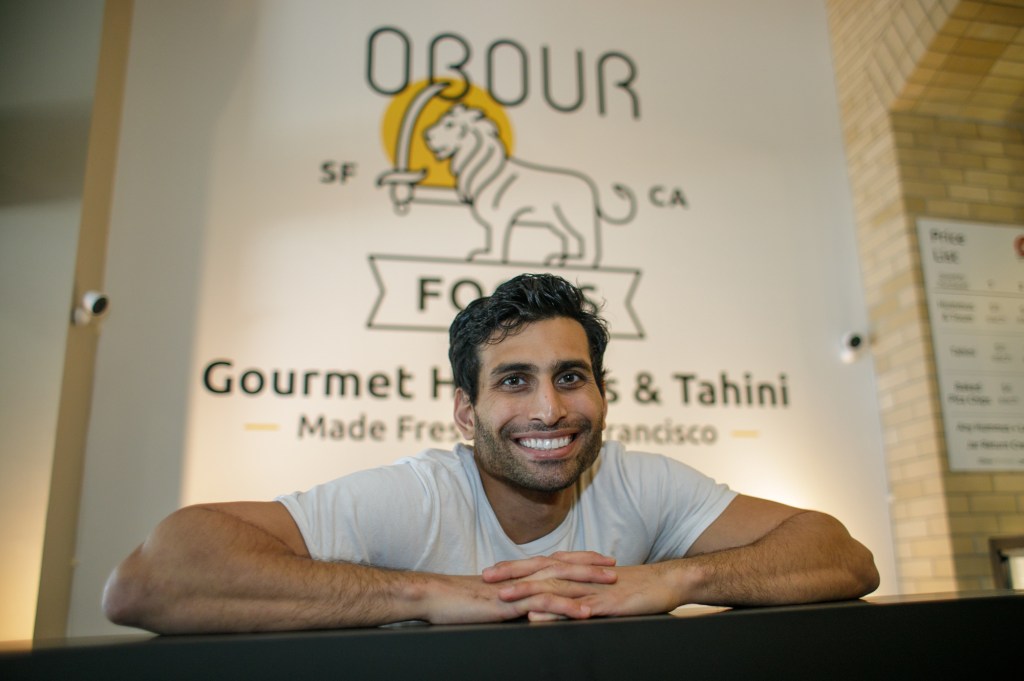 Every now and then Elliot Sharifi of Obur Foods, one of the newer food companies in San Francisco’s famous Ferry Building Marketplace, looks around his new digs and feels a bit like an impostor.

“If you had told me four years ago that this hummus business that I started on a whim was going to thrive, that I would open a place in the Ferry Building and have customers every week. , I would have laughed, ”says Sharifi, who started selling her gourmet dips and spreads last month at the kiosk across from Acme Bread Company.

Considering the visibility and the culinary companionship, landing a seat inside this multi-story room is like hitting the big bang. But as the pandemic has proven, it’s not always the lottery ticket of small business dreams. Five companies – including Cowgirl Creamery, one of the building’s last original tenants – have left since 2020 for various reasons, some related to the pandemic.

In its quest to fill these niches, “to promote the vast ethnic diversity of the Bay Area and serve as an incubator for artisanal producers,” as its mission statement indicates, management has picked up a mix of young businesses. and established, seven in total.

Sharifi, who is Persian, has joined sustainable caviar producer Tsai Nicoulai and Latin American restaurant Cholita Linda on the Embarcadero. Two more businesses will follow in the coming weeks: Grande Crêperie, a French crêperie owned by the family behind Le Marais bakery in San Francisco, and Yes Pudding, a four-year-old dessert company known for its bread puddings and seasonal cobblers. . All five are immigrants or belong to BIPOC.

“My dreams weren’t big enough because I could never have imagined that,” Yes Pudding founder Quanisha Johnson said in a Nov. 29 post on Instagram. “I’ve always wanted Yes Pudding to be a San Francisco staple, and what better place to make it come true than inside one of San Francisco’s most iconic landmarks!”

The local aspect and the high quality of the products are what unites these companies, says Jane Connor, General Manager of the Ferry Building. Connor, who has worked at the Ferry Building since 2003, says it typically takes one to two years to secure a space, usually while waiting for a vendor to retire.

“Many of these (new) businesses may have thought that opening a store in an iconic market was out of reach at this stage or at this size, but we’re excited to support local businesses during a pivotal time in their growth. “said Connor.

The length of the lease and the type of space depend on the company. A small kiosk, like Sharifi’s, is a good way for a new food entrepreneur to open their first brick and mortar location and incubate their retail concept. Some kiosk companies start with a shorter lease – 12 to 18 months, for example – but end up staying longer or increasing in size.

This was the case for El Porteño. Ten years ago, owner Joey Ahearne started serving his empanadas at a 50 square foot kiosk. It has since expanded into a space seven times the size in Shop # 20 on the Embarcadero side of the Great Hall. Dandelion Chocolate, which started in 2015 at a 69-square-foot kiosk, now sells its Mission District pastries and candy bars at a 575-square-foot cafe (store # 14).

“These are the kinds of trips we love to see,” says Connor.

Still, the year and the past eight months have been tough for the historic hall, with typical morning commuters and downtown lunches working from home, and tourists taking selfies away from the Embarcadero.

Bagel sensation Dogpatch Daily Driver opened its Shop No. 21 space just before the pandemic hit in January 2020. At the time, the bagel company was less than a year old, even younger than Obour Foods.

Obour’s Sharifi left a high-paying job as a financial analyst in 2017 to focus on gourmet hummus and tahini spreads. They would be the best ever, he told himself and his stunned immigrant parents the first time he soaked and sprouted chickpeas, crushed his own organic sesame seeds and played. with mixtures of spices such as zhoug and berber.

It took her a few months to learn how to start a food business and find a commercial kitchen, and nine months to land her first farmer’s market. All the while, customers kept coming back with empty glass jars, asking for more pomegranate tahini and creamy, spicy Aleppo hummus.

Sharifi has become meticulous about his methods and ingredients. He rinsed the starch from the beans and used fresh, organic lemon juice squeezed near Oakland. He sought out the popular flavors of world cuisines – for example Israeli zhoug or Ethiopian Berber – and those of his own Persian heritage.

“Date and pomegranate tahini are straight out of my childhood, that mix of sweet and savory that’s so good,” Sharifi says. He has a chocolate tahini coming out next year that he promises will be “healthy Nutella”.

In 2020, Obour Foods was present at a dozen Bay Area Farmers’ Markets. The company now employs 17 people. In February, Sharifi was hanging out at the Ferry Building – happy to be inside again, in a bustling gastronomic environment – when he said that something “kind of clicked.”

“I emailed the rental desk and we started talking,” he says.

The whole process was easier and faster than entering a suburban farmers market. But Sharifi says he always feels like he’s there from the outside looking in: “Considering my history and where I’m from, it’s still nothing that I have. have completely internalized.

Here are more details on the other new restaurants inside the Ferry Building:

It’s a big comeback for this pioneering producer of sustainable caviar, who had an outpost in the Ferry Building a decade ago. The caviar bar offers flights of sparkling wines accompanied by a variety of caviars, smoked fish and a tasting menu including charcuterie platters. The caviar served at Tsar Nicoulai comes from his award-winning farm and aquaponics facility in Sacramento; www.tsarnicoulai.com.

Founded by Vanessa Chavez and Murat Sozeri in 2008, Cholita Linda started out as a stand at Oakland’s Jack London Square Farmers Market before opening two brick-and-mortar stores in Alameda and the Temescal neighborhood of Oakland. Look for a menu of Mexican and Cuban dishes made with fresh, local ingredients, including Baja fish tacos, Cuban sandwiches, aguas frescas, and handcrafted cocktails; https://cholitalinda.com.

Founded in 2018 by Quanisha Johnson from San Francisco, Yes Pudding started as a supplier at India Basin Park. Today he specializes in traditional yet imaginative sweet and savory creams, bread-based puddings and seasonal cobblers. The concept started with Banana Pudding and has grown into 30 flavors, including Fashionable Peach Cobbler, Almond Croissant Bread Pudding, Patate Sweet Pralin Bread Pudding and Chocolate Avocado with Coconut Cream. The inauguration will take place on December 17; https://yes-pudding.weeblysite.com

Open in the coming weeks, this new concept of Le Marais Bakery (San Francisco, Mill Valley) will transport visitors to the Ferry Building in France with a traditional crêperie serving savory buckwheat pancakes and sweet pancakes made with local ingredients. La Grande Crêperie celebrates the artisanal sourdough crêpes that are the cornerstone of relaxed French cuisine; www.grandecreperie.com.

Find more information about the Ferry Building Marketplace and other stores to try at www.ferrybuildingmarketplace.com.

For more food and drink coverage
follow us on Flipboard.

Rachel Roddy’s Recipe for Shepherd-Style Pasta with Ricotta, Pecorino and…